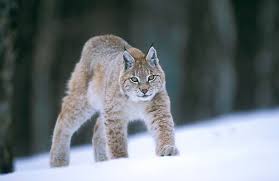 I've had an email this morning from Trust for Cheryobyl Children asking if I would donate one my pictures (i sell framed photographs, mostly seascapes) for an auction to raise money for children caught up in the continuing consequences of the Chernobyl nuclear disaster. It's harrowing tale to hear about what happened to the families hit by the radiation fall out, but it is also a story that has had a profound impact on wildlife too, one that is very Accidental in nature.

When the nuclear re-actor exploded in 1986 a huge area of land was instantly declared an exclusion zone. Humans were banned from entering it. In effect, this created an enormous nature reserves, albeit a radioactive one. Since that point in time a huge number of scientific studies have been carried out in the area to try and understand how nature has coped with the effects of radiation and lack of humans.

Obvioulsy, in the immiediate blast area many individual animals died during the event. The surrounding forest of Scotch Pines died very quickly, turning a deep red in colour and giving the area its new name of the red forest. No doubt many mammals, birds, amphibians fish and reptiles were killed too. But after the initial blast of radiation, what has happened?

A few years down the line scientist visiting the no-go area started to notice animals seemed to be doing just fine. Wild Boar populatiosn had exploded and predators like Lynx and Eagle Owls, that had never been seen before in the area, had set up home. It seemed that the radiation levels were not harmful enough to outweigh the advantage of taking humans out of the landscape.

As the years passed other studies suggested a decline in some species like the Barn Swallow, which indicated that perhaps not all was well. Was biodiversity struggling more than some scientist suggested?Maybe, but then the paper apparently failed to address the fact that Barn Swallows need humans to flourish. Barn Swallows are themsleves very much "Accidental Nature". Dairy farming, which provided feeding habitat and a home to the swallows had been erradicated from the area, so perhaps it was no surprise to learn they had not done so well out of Chernobyl. The same was found for house mice. None in the abandoned houses in the exclusion zone, but plenty in the inhabited houses outside it. It was a lack of people having a negative effect on species, not the presence of radiation.

There are some links below all about these difference of opinions:

You will notice from reading them that the subject of Chernyobyl and its positive or negative impact on wildlife is still hotly debated, but 25 years on from the disaster it seems the idea of Accidental Nature is hard at work either way. Stories of wolves and bears in the exclusion zone are an exciting accident of humans being erradicated from an environment, falling numbers of swallows is sad for the population in Cherynobyl, but maybe a reflection of positive impact we can have for some species when we are present.

No doubt the research work into the wildllife will continue, and I'm glad the Trust for Cheryobyl Children continue there work so long after most of the world must have forgotten about the people effected. I need to go and find a picture for them to put in their auction. You can see their web-site here... http://www.trust4chernobylchildren.org.uk/
Posted by Richard Taylor-Jones at 10:13