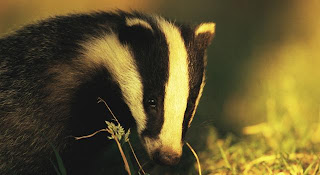 There is a fabulous story by Matt Walker on the BBC's web-site that really gets to the heart of the biggest effects of Accidental Nature.

It suggest that wildlife is actually evolving in urban environments, not merely changing its behaviour, due to the pressures of humans. If you consider that the urban environment is the newest habitat on earth (after all jungles, oceans, deserts and so on have been around for millions of years) then perhaps this is not surprising. The urban environment is undoubtedly going to be at the forefront of evolution, life will try to find a way where ever it is and the newest challenge is our human world, so thats where the newest evolution will be.

Apparently some scientists have come up with a buzz word, "Synurbic" to describe what's going on today. All well and good but perhaps forgetting that Accidental Nature has been going on ever since humans evolved and put pressure on the plants and animals around them. So, i think the idea that this is brand new to todays world may be a little off the mark, but it shows how this area of biology is becoming very topical. And, it's certainly highlighting that the future of nature on our planet is going to rely very heavily on species that evolve with us.


It's a stimulating piece, have a read.